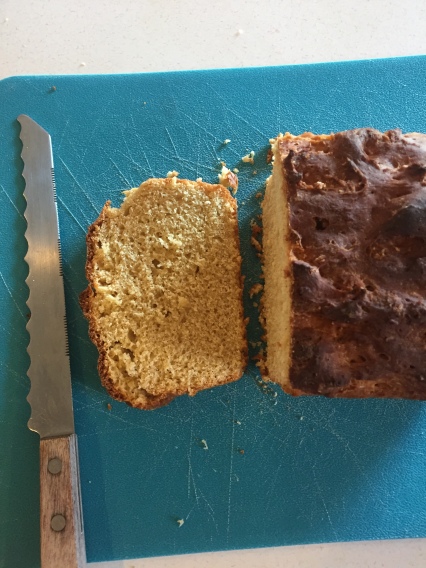 Einkorn, an ancient strain of wheat similar to spelt and emmer, appeared on a documentary I recently watched about the sustainability of current farm practices, including the growing of wheat. (This one! Right here! Its called Sustainable.)

Why is einkorn important? 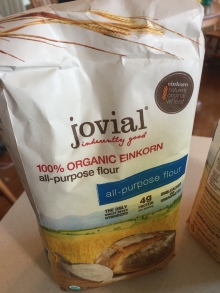 Einkorn is a grain that promotes genetic diversity in the grain crop, which helps nearly every element of the farm from the land and animals, to the crop itself. Regular wheat is one single strain of grain that is constantly mass produced, draining the soil, forcing the use of pesticides, and losing nutrition from the wheat itself.

On the other hand, a grain like einkorn helps restore the soil, and because it is genetically diverse, limits the need for the protection from bugs or disease that pesticides provide. It also hasn’t lost its nutrient value like regular wheat has. Eating einkorn provides more protein and potassium (along with other nutrients) than regular wheat.

The documentary discussed how this kind of wheat grows so well and interviewed a baker who uses einkorn in his bakery every day. I was very curious to try some einkorn bread of my own, so yesterday I made my first loaf. (In the future I’d also like to make more bread using other kinds of ancient grains! The taste is similar to whole-wheat bread, rather than regular white bread flour, which is exactly what I love from my bread).

How to make einkorn bread:

I followed this recipe from Live Simply.

The ingredients are very simple:

Water, yeast, olive oil, honey, and salt along with all-purpose einkorn flour. (You may use whole wheat, but the author of the recipe, Kristin Marr, suggests using the all-purpose for this particular recipe.)

After the yeast has been activated, the ingredients combine quickly into a sticky dough. It is important to not overwork the einkorn dough because it won’t rise correctly if you do. 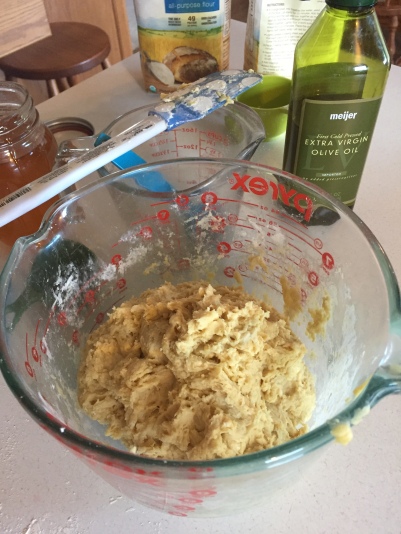 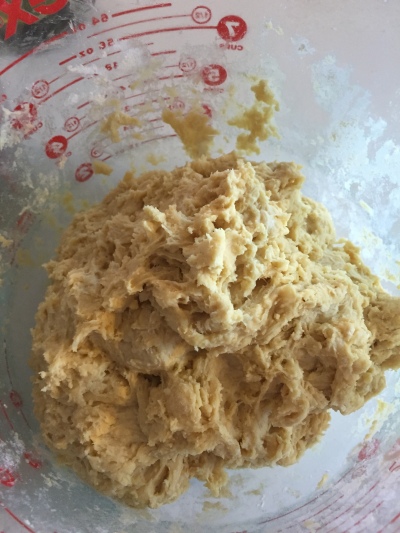 The bread then proves for an hour before another 30-minute prove in the loaf container. Finally, it goes into the over at 375 for about 35 minutes. When I pulled my loaf from the oven, I was initially worried it was burnt. Actually, it really wasn’t burnt (well, maybe just a tiny bit on the very top), since the einkorn flour turns a darker color after it has been baked. 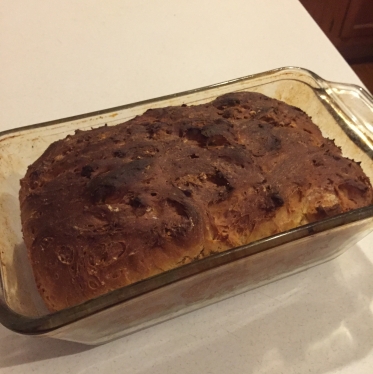 Overall, this first try at making einkorn bread was a success! I definitely want to make another loaf, since this one is mostly gone already and I plan to eat the rest with some homemade soup tonight. This particular recipe doesn’t make an overly sweet or salty bread, so it goes well with nearly any dish.

Here is some more information about einkorn!